DivIDEo is a video converter and player system for the ZX Spectrum 128K with DivIDE interface, allowing video to be streamed directly from an IDE device. 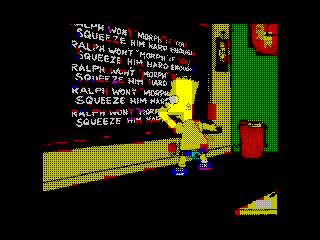 Does it work on a DivMMC? Could it be made to?

No, it doesn't. In theory it could be recreated in some form on the DivMMC, but: 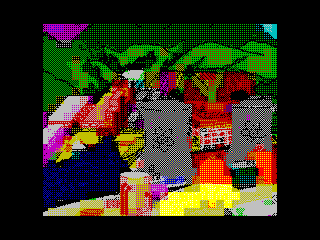 See it in action

To watch the demonstration video (first presented at the Outline 2010 demo party) on an emulator:

On the real hardware: 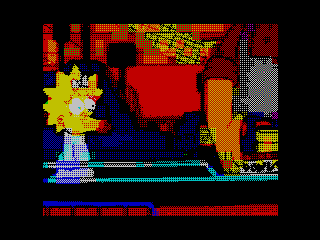 This is a command-line app - after unpacking it somewhere suitable, start converting videos with:

See divideo --help for more options to tweak the output.

To build from source, you'll need a recent Subversion snapshot of FFMPEG (I'm using the 2010-04-11 one), Imagemagick, and Argtable 2.x. You'll probably also need to hack the Makefile to specify the paths where you've installed things (sorry...) 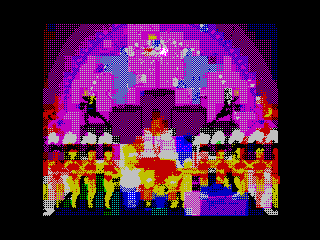 The player, and the .dvo file format, are designed around minimising the work that needs to be done on the Spectrum side. There is no buffering going on (other than what you get for free from the 128K's second screen) - all data is arranged so that the Spectrum will receive it at exactly the required time, and at exactly the required rate. As a result, the player and file format are best understood as a single entity; plenty of odd design decisions have been made in the interest of optimising away a few Z80 cycles. (Rest assured that it was even more confusing for me to design in the first place :-) )

The .dvo file begins with a 512-byte (one sector) header:

The remainder of the .dvo file is a sequence of frames, each one consisting of an arbitrary number of video packets followed by one end marker packet. A video packet contains a sequence of zero or more bytes to update screen memory with at a specified address, plus a single audio sample.

Note that as double buffering is in use, the video data in each frame needs to encompass all the changes to screen memory since two frames ago. (For the purposes of the first two frames - the initial screen state is entirely 0x00 bytes.)

Format of a video packet:

Format of an end marker packet: